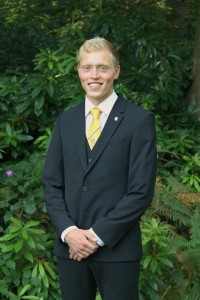 It all started in ’t Harde in September 1995. I don’t remember much about elementary school. That school has been torn down by now so that part of my youth is now gone. Primary school was mostly me being bad at reading, though calculating wasn’t really a problem (surprise). My class consisted out of two other guys and a few more girls, so we were put together with a grade lower which was about the same size. The school has now been torn down and put together with other schools into one giant new school, so that part of my youth is now gone too. I remember playing with marbles a lot, hide and seek as well. Since I did not care about clothing at all I let my mother pick my clothes and so I used to wear really ugly clothes. Already then I was hearing badly, but they thought something was wrong with my ears so they put these ‘tubes’ in. I now know that I’m just a bad listener. That sums up the first ten years of my life pretty well.

Then I went to high school in Elburg, the same school Lotte has gone to. I couldn’t really connect with my classmates so afterwards I was glad that we moved to Lichtenvoorde in January 2009. There I went to an all levels school where you’re together with people that will go to VWO as well as to VMBO. Worst idea ever, who thought of this? The VWO, HAVO and VMBO people were all put together in one class which resulted in the VWO people finishing work really quickly and not learning that much, while the VMBO people (in general, I’m sorry, but it’s true) just distracted the VWO people. Luckily that was only for half a year because it really was a waste of time. I then went to Groenlo (where Grolsch originated from, yes) to a HAVO/VWO school. There I met best friends for life with whom I still have a strong friendship. With one of them I now live together at Calslaan which is so much fun! I actually got a gymnasium diploma because I followed a Greek course for one year and for Latin I got a 5,3 for the central exam. Anyhow, I had lots of fun in Grolle, went out a lot, Latin class was always fun (except for the Latin bit). I’ve played football since I was small until fourth grade of high school I think. I’ve also been skateboarding for about five years but never really excelled so at some point I stopped.

It was a close call but I managed to pass my exams, except for math of course: easily. I decided to apply for Mechanical Engineering because Applied Mathematics seemed like too much math. It was fun the first quartile where you actually get to build stuff and draw stuff and all this spatial thinking, but at the end of the second quartile I decided to stop. I then had nothing to do for half a year, which was really relaxing for about four months, but by then I really missed achieving things. Working for an employment agency got really depressing.

But then it all started: I applied for Applied Mathematics. It’s been a fun two and a half years now, I’ve learned so much, one hell of a ride. I joined Linea Recta, best decision ever: people who know me also know about Linea Recta. I decided to join the board of W.S.G. Abacus because I still wanted to learn more and by now I’ve noticed that I’ve also learned other things than I expected. Also, being a student for one more year was really attractive. And that’s about it.

By the way, this text now consists of a multiple of 49 words.